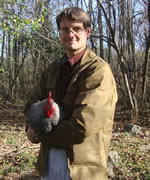 Books: I’m the editor of Personal Autonomy: New essays (Cambridge University Press, 2005), and The Metaphysics and Ethics of Death (Oxford University Press, forthcoming), and the author of Stakes and Kidneys: Why markets in human body parts are morally imperative (Ashgate, 2005), Practical Autonomy and Bioethics (Routledge, 2009), Death, Posthumous Harm, and Bioethics (Routledge, 2012), and Toxic Trade? An Unapologetic Defense of Universal Commodification (Rowman and Littlefield, under contract).

Other: I currently serve as the Academic Integrity Officer of the School of Humanities and Social Sciences. I’m the Managing Editor (with exclusive responsibility for book reviews) of The Journal of Value Inquiry, and a member of the Editorial Boards of the Journal of Medicine and Philosophy and HEC (Healthcare Ethics Committee) Forum.

Currently working on: I am currently completing a monograph (Toxic Trade) in which I defend markets in everything that can be commodified, including children and votes.  I’m also working on papers that address the possibility of the posthumous survival of personal interests, how promising creates obligations, and Bentham’s conception of salient desires.

Other: I live with my wife and daughter on a former dairy farm. We’re slowly renovating the Victorian farmhouse (we now have almost-working plumbing!) and are bringing the farm itself back into production; in addition to domestic cats and dogs we have chickens and bees, and larger farm animals are planned once we’ve installed a new barn.